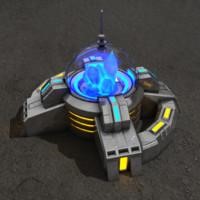 The SXVU Economy has an experience level structure. The more abundant areas are in the more advanced territories as opposed to the beginner areas which are less abundant. Cities and towns are safer areas than the wild.

Parcels of land derive value based upon their strategic nature, proximity to nearest major city, resource content, and safety.

Fuel and Alloy derive value based upon their proximity to nearest major city, safety and local availability. More advanced territories further away from major cities make supply of resources harder to come by due to the safety involved in transport from refining areas.

The more users on the system the scarcer resources become, the more valuable they become. Early pioneers are able to acquire more resources easier than later arrivals.

The SXVU economy is also analogous to the World of Warcraft economy in many aspects. However, WOW is limited to the user base of the PC / MacOS platform, whereas the SXVU Economy will be accessible from a wider variety of platforms, including over 2 billion mobile users. Therefore, the SXVU Economy must be equipped to scale accordingly.

One thought on “SXVU Economy”