To allow the universe to be as diverse as possible, have constant growth and innovation, Convergence will build the base CORE, and its competing factions as examples and to create a base set of tools, techniques, procedures and game mechanics. Silica neXus is designed to also be a stepping off point, a gateway and portal to endless different possible experiences only limited by the minds of the 3rd party developers wanting to create and publish Cross-Reality interactive experiences.

This is a platform for third party Game Developers to create Cross-Reality experiences. We are creating a coalition, banding together as a resource and support network to help each other flourish as an independent. Shared Risk, Maximized Reward.

We need 3D artists, modelers, riggers, animators, C++ programmers, Proficient Unity Developers, UnReal Developers and CryEngine Developers. Level Designers, Story Boarders, Evangelists ; if you have a team great, bring them, if you have skills but have not found a team, great, we will match you up to form a team to allow you to expand your skill set.

We are looking to build out many Cross-Reality experiences, manage thousands of developers, and that means we need you!

We’ve focused on really awesome reward levels that we know we can deliver. This focus will allow us to devote more of your funding towards making the best Silica neXus Platform possible!

How We Will Work with Developers: 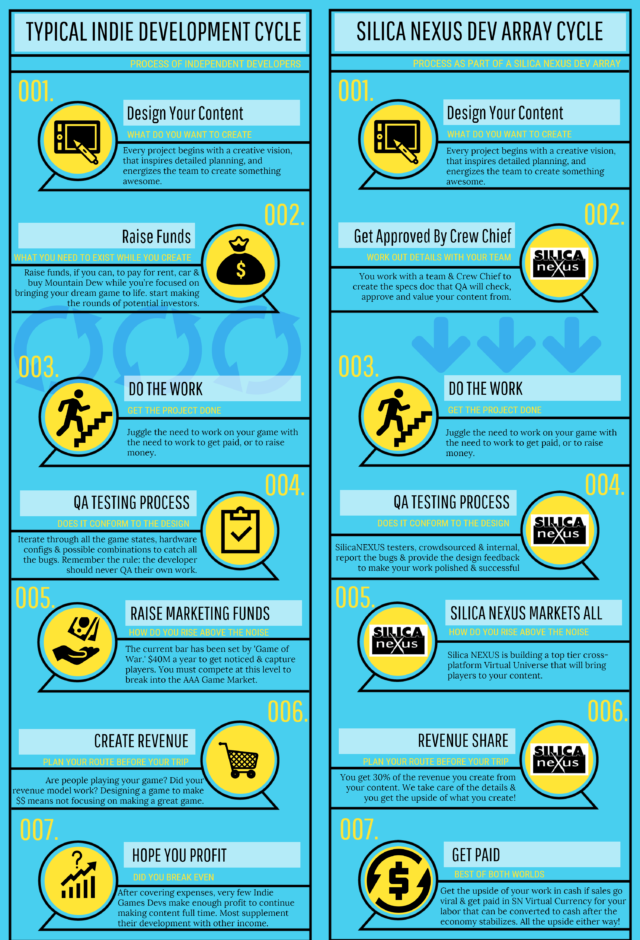 Want to Work with us? Let us know about your project!