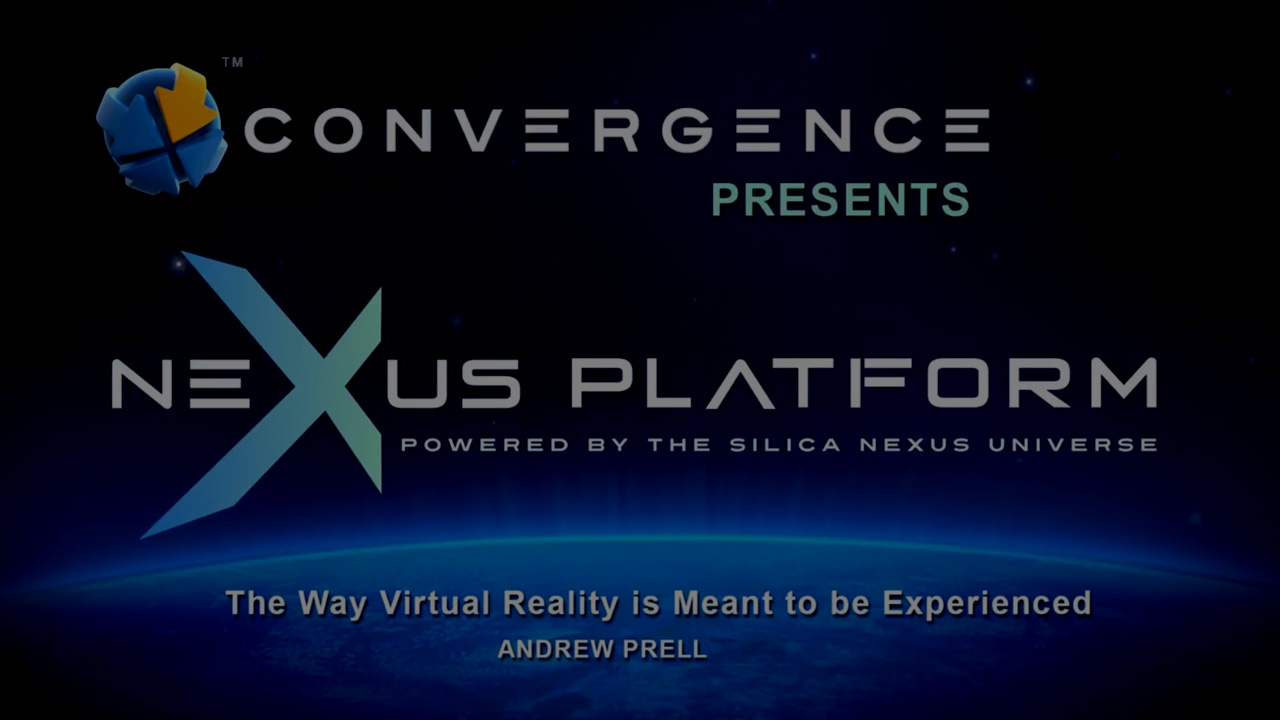 WHAT ARE WE BUILDING?

CONVERGENCE (Convergence of 4 Dimensions LLC) will create the first comprehensive Cross-Reality Virtual Universe (XR-VU) combining the consumer game market with the arcade and out-of-home entertainment market. Enjoy different ways of interacting with your friends from your one account that spans across Smartphones, Tablets, Consoles, PCs, Arcades, LBEs and the ultimate in Theme Park Attractions; all with Augmented Reality, Virtual Reality and Standard Screen Interfaces intertwined into one virtual universe, where each planet is a completely different game/experience.

Goals: World domination! By using our networking savvy and bleeding-edge entertainment experience, we will lure all of humanity into our web of happy, joyful, gaming goodness. Without even realizing it, the masses will fall under our spell, losing themselves forever within Silica neXus. Of course we do have a fallback plan… simply building the largest entertainment project ever conceived, creating a cult-like following through social engagement tools from Managed Crowd-Sourcing and Crowd-Funding efforts.

Innovation: First use of Contextual Based Interfaces allowing different device-dependent entertainment experiences from both personal devices and out-of-home attractions merged contextually into one virtual universe.

WHY ARE WE BUILDING THIS?

Because we love games, virtual environments and entertainment technology. It is time for Cross-Reality to be realized. Real innovation has stagnated since the 2004 debut of World of Warcraft. Major studios seem to be re-skinning old ideas; no one wants to take a chance on a truly innovative concept because they say: “It’s too BIG”, “It’s too expensive” and “It will never work”.

We are also tired of getting ripped off when we are trying to sell digital assets earned while playing our favorite games. We believe our players—all players—deserve safe, secure transactions with their virtual items when they want to trade or sell. Putting these transactions on the blockchain might not fully eliminate the rampant fraud happening, however, it will bring it much closer to extinction.

This is where you come in!

The scope of this project expands in the five major FUNDING STAGES below - so that no matter which funding level we attain, we’re sure to deliver a great Cross-Reality experience and platform for 3rd party developers to add to. Help us co-fund Silica neXus and let’s see how big this game can get!

The Prize neXus is the first stage of Convergence's “Player Acquisition Engine.” A kiosk in Family Entertainment Centers (FECs) to deliver rare Crypto Collectables (Blockchain Non-Fungible Tokens "NFTs") to tens of millions of new players a month, and an online marketplace / auction site for players to trade them.

Think of the Silica neXus Social AR App like a multi-player Pokémon Go with a purpose to run quests and events in the real-world environment around your town, all tied to the Virtual Universe. This app will know the players next to you and allow for groups to interact cooperatively or as opposing forces.

Think of the Silica neXus Social AR App (S.A.R.A.) like a multi-player Pokémon Go with a purpose to run quests and events in the real-world environment around your town, all tied to the Virtual Universe. This app will know the players next to you and allow for groups to interact cooperatively or as opposing forces.

Convergence will work with our partners to make some of their content into the first truly Cross-Reality Content spanning mobile, Consoles, PC, and out-of-home-entertainment equipment. This will give us the knowledge and best practices to create the tool sets for others to create their own XR Content.

This stage we will take the lessons learned to create the tools for developers to create XR Content limited by their imagination.

We've focused on really awesome reward levels that we know we can deliver. This focus will allow us to devote more of your funding towards making the best Silica neXus Platform possible!

This is an easy way to help us reach our goal and become part of the Silica neXus community.