WHAT: Convergence 4D is pleased to announce their partnerships with Crypt-Oink: Racing Friends and Ether Legends connecting crypto-collectibles to Family Entertainment Centers (FECs) through a tokenized prizing platform called the “Prize neXus”. The partnerships aim to bridge the gap of games with blockchain technology by allowing developers’ digital game assets to be won as prizes in theme parks, arcades, and other location-based entertainment.

Prize winners will be able to choose from Crypt-Oink’s 3D Collectible Racing Pigs,”Crypton”, or Ether Legends’ character trading cards. In addition, a variety of crypto-collectibles from other games empowered by non-fungible tokens will be available such as upgrades, video game skins, special weapons, armor, and special characters. Afterwards, prize winners will be able to buy, sell and trade their crypto-collectibles using DROID tokens on a peer-to-peer marketplace web portal and via mobile app. The Prize neXus is part of the Silica neXus project and is powered by a proprietary technology solution that connects players to entertainment partners called the “Player-Acquisition-Engine”.

WHEN: The anticipated public rollout of the Prize neXus is in early 2020.

WHERE: The first Prize neXus will be installed as arcade kiosks with touch screen displays in Singapore at participating FECs followed by other locations. Convergence 4D is conducting an IEO on LA Token until August 20, 2019 at 12:00 a.m. EST HERE (Europe and Asia only). Stay informed of updates about the Silica neXus project at http://fund.silicanexus.com/.

About Convergence 4D: Aims to be the first comprehensive Cross-Reality Virtual Universe (XR-VU) combining the consumer game market with the arcade and out-of-home entertainment market, also referred to as the Silica neXus project. Enjoy different ways of interacting with your friends from your one account that spans across Smartphones, Tablets, Consoles, PCs, Arcades, LBEs and the ultimate in Theme Park Attractions; all with Augmented Reality, Virtual Reality and Standard Screen Interfaces intertwined into one virtual universe, where each planet is a completely different game/experience. For more information please go to http://fund.silicanexus.com/.

About Crypt-Oink: Racing Pigs: Japan’s first blockchain game on the Ethereum network featuring crypto-collectible digital pigs called Cryptons that can be bred, collected and traded. There are over 36 quadrillion possible permutations of these pig-like creatures, with various colours and patterns. Cryptons can also be trained to augment parameters affecting their strength in “Gran Ton Rismo”, Crypt-Oink’s 3D racing game. The blockchain game was created by Good Luck 3, the Japan-based developer behind popular games such as Gudetama Quest. Crypt-Oink can be downloaded on Android or iOS devices. For more information please go to https://www.crypt-oink.io/.

About Ether Legends: Elementeum Games is behind the Ether Legends Trading Card Game, featuring the merging of physical to digital trading cards on the Ethereum network (via: QR code one-time redemption) with engaging gameplay and astonishing artwork. As part of the Ether Legends ecosystem, Elementeum tokens can be obtained and used to perform specialized, on-chain mechanics that enable the creation of unique, player-owned crypto-collectibles — through a function called, ‘Forging.’ Ether Legends has also announced their intent to integrate Enjin primary through their digital trading card game and in-game rewards system! For more information please go to https://www.etherlegends.com/.

Convergence is pleased to announce our first game partner of 2019: Ether Legends. A collectible card game with both a physical and digital component, their digital items will appear in our Prize neXus. 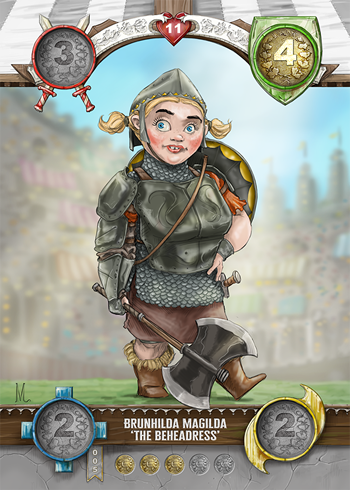 “What excites me the most about the Ether Legends and Silica Nexus partnership is the opportunity to help bridge the gap of the intricacies of Blockchain and gaming through seamless interoperability,” says Co-founder of Elementeum Games Curran Mulvihill.

“The fact that physical kiosks will be introduced to the market in a user friendly format, means one step closer to mainstream and wide-spread usage. I believe the Nexus and featured gaming assets (like Ether Legends TCG) will further the understanding of player benefits using Blockchain tech, while enabling crypto-gaming companies a way to acquire new players. Through an easy to use interface, players will have a more clear understanding of the true value in ownership of digital assets, giving the power back to the player!”

Welcome to the neXus, Ether Legends! You can read more about Ether Legends and check out additional assets here.

On Monday May 20, 2019 LAToken will start an Initial Exchange Offering of the DROID Token for Convergence of 4 Dimensions. To participate head to the LAToken website here.

The Silica neXus Project has always been about combining the Consumer Game Industry (the home, mobile, console, PC) with the Out-Of-Home Entertainment Industry (Arcades, Family Entertainment Centers “FECs” and Theme Park Attractions) and tearing down their walled gardens in the process.

While we may have been quiet over the last month since CES, we have been super busy behind the scenes here at Convergence. Look our for a few updates dropping in the next month or so about the PAE. But, today, we want to talk about our conference, the annual Run for the Unicorns, as it is coming up fast.

2019 is an exciting growth year for us as we have added a preconference hackathon and Shark Tank open casting call to kick off our week of fun during the KY Derby Festival. Some other exciting news:

We cannot have a great event without a bunch of great people around, so check out tickets here and come out to one of the best networking events of the year!

Phew! CES 2019 was a whirlwind of insanity but we made it out alive. While we did spend some time looking at some amazing tech, we got so much more from the show.

Oh, yeah: we were able to show off alpha product of our Player Acquisition Engine! It was wonderful to share a working Prize nexus, neXus Trade Binder, and neXus Marketplace with a few important folks.

But aside from that great milestone, what else did we do?

As we build more partnerships, look for our Droid Token out there in the world. Remember, both Run for the Unicorns tickets and our own Crowdfunding items can be purchased with Droids. Additionally, many partners will also allow you to buy items from them for Droids as well!

More announcements to come, have a great rest of your January!

Phew, 2018 has been crazy! We here at Convergence are exhausted from a late year push to get all of our online properties up to date and polished. If you haven’t noticed already, both this page and our Run for the Unicorns site have had a lot of updates, with our Facebook and Convergence of 4 Dimensions sites not far behind.

The push behind this work has been the Redemption Robot coming into focus. Now called the Redemption neXus, this lead in project gets our Droid Tokens out into the world, along with thousands of NFTs, users, and more. We couldn’t be more excited to begin testing first quarter 2019.

Stay tuned here, on our Telegram, or our Facebook pages to stay in the know. We have a lot of travel to do as we bring this project live into the world and we will keep the information flowing continuously from here on out. We also have some super exciting announcements just around the corner, more to come soon!

Convergence attended the Washington Elite AI & Blockchain Summit December 1st & 2nd in Washington, DC and had a great time. CEO Andy Prell gave two amazing talks, seen below.  We feel we left the summit with some great opportunities to take advantage of in January as we continue our funding drive.

Thanks to Bruce Porter, Jr. and the rest of the WE team  for being amazing hosts, we look forward to the next summit in February.

Player Acquisition As A Service

Kevin Williams discusses the opportunities Convergence will be seizing on in out of home entertainment spaces. From the 2017 Run for the Unicorns event in Louisville, KY.